Letter to my black boy

I saw the fright appear in your eyes just as the colored lights, red, white and blue, reflected off the mirrors of your car

That was the moment I realized that you could be the boy walking down the street with a hood on, skittles and an Arizona in hand

I realized that you could be the man pulled over late at night, shot and killed in front of his girlfriend

It was not promised

Because you have been raised in a country that hates you

In a country that kills your brothers while chanting “our lives matter, too”

But I have grown to fear for yours

Ripped you from her world

From your dear black girl

Letter to my black boy 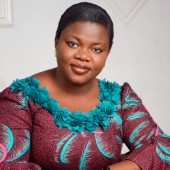 Ruth Batangu is a writer, a spoken word artist, a poet and a music minister. She wrote about a 105 poems, 30 articles and the author of the book "ONE ON ONE WITH GOD"... Facebook @Ruth batangu IG: ruthbatangu Email: ruthbatangu@gmail.com

AKWAI ALLAH, NOT JUST A SONG – A MESSAGE TO HUMANITY